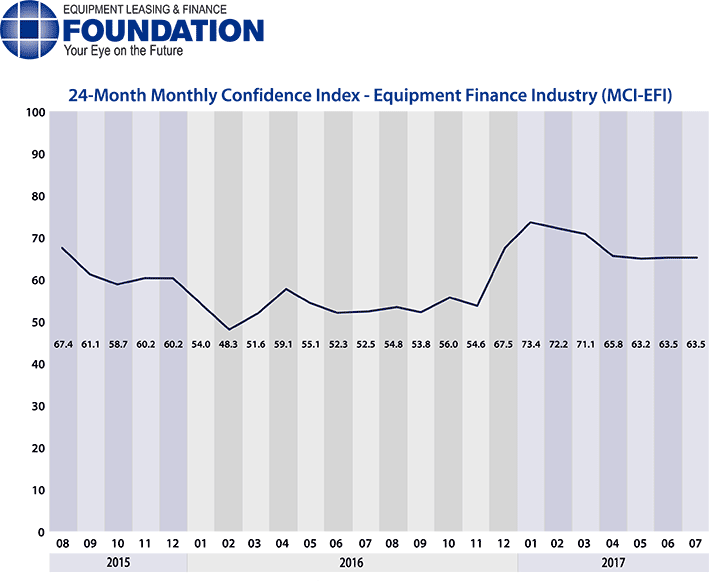 The Equipment Leasing & Finance Foundation (the Foundation) releases the July 2017 Monthly Confidence Index for the Equipment Finance Industry (MCI-EFI) today. Designed to collect leadership data, the index reports a qualitative assessment of both the prevailing business conditions and expectations for the future as reported by key executives from the $1 trillion equipment finance sector. Overall, confidence in the equipment finance market was relatively unchanged in July from the previous two months at 63.5.

When asked about the outlook for the future, MCI-EFI survey respondent Thomas Jaschik, President, BB&T Equipment Finance, said, “U.S. companies are poised to make significant investments in capital equipment. However, many continue to delay plans until tax and regulatory reform legislation gets on track. Until then it will be ‘wait and see.’ The equipment finance industry should see a significant increase in activity if and when this occurs.”

The overall MCI-EFI is 63.5, steady with the previous two months.

Depending on the market segment they represent, executives have differing points of view on the current and future outlook for the industry.