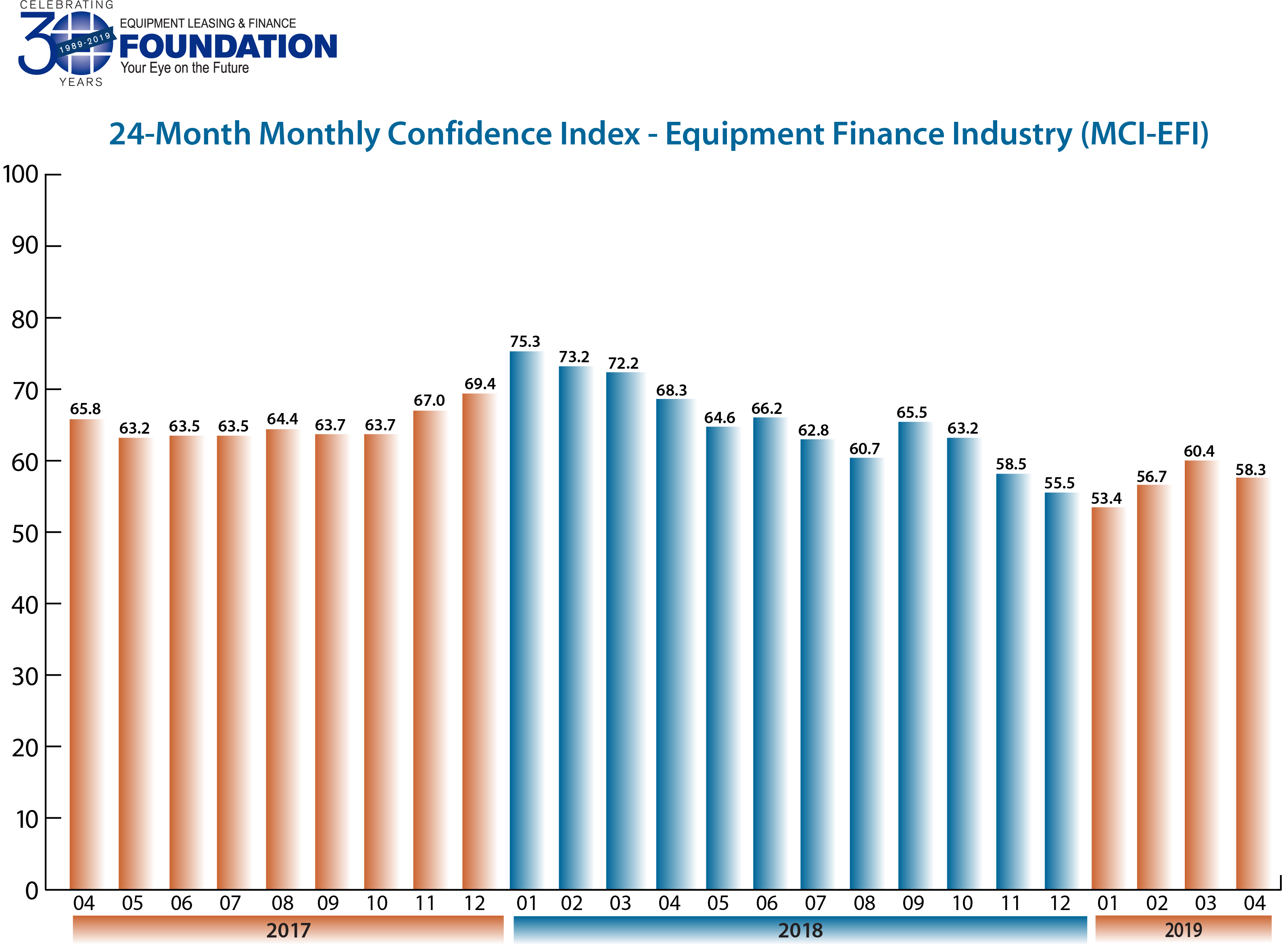 The Equipment Leasing & Finance Foundation (the Foundation) releases the April 2019 Monthly Confidence Index for the Equipment Finance Industry (MCI-EFI) today. Designed to collect leadership data, the index reports a qualitative assessment of both the prevailing business conditions and expectations for the future as reported by key executives from the $1 trillion equipment finance sector. Overall, confidence in the equipment finance market decreased in April after two consecutive months’ increases to 58.3, down from the March index of 60.4.

When asked about the outlook for the future, MCI-EFI survey respondent Quentin Cote, CLFP, President, Mintaka Financial, LLC, said, “Low unemployment continues to fuel consumer strength, and seems to be propelling the market forward. I am concerned about the deficit and potential inflation, and their impact on interest rates.”

Independent, Large Ticket
“I’m optimistic because the economy is still doing well, the Fed has taken a long pause on interest rates and unemployment is at its lowest ever. Regulatory and tax reforms have had a positive impact on businesses and the U.S. economy.” Dave B. Fate, President and CEO, Stonebriar Commercial Finance